Five Stars! And a suggestion…

If a bad review says something you disagree with or you just know the reviewer voted for Trump (usually it starts with something like “these outspoken, liberal ladies…”) then you just push it aside and don’t care. When my mother wrote about reproductive rights in her column in national newspapers in the 70’s and she got letters that started with “Ms. Goodman you will burn in Hell” she laughed that they actually used “Ms.” appropriately rather than Mrs. and she tossed the letter in the trash.

But several times in our theatrical career we’ve received reviews that were smart, well written and took issue with something in our work. In Vancouver about 10 years ago I remember we got a comment that one sketch was totally anti-male and therefore we must be. I was startled. I had always worked hard not to promote any anti-male material. Other performers at the festival said “Oh just ignore it.” But it stayed with me. Soren watched the next night and noticed one scene that was about men in therapy had started to slide into characterizations rather than a more real take and he thought, Ah ha. That’s the one. It was a subtle shift that had happened while we weren’t watching. So we pulled the actors back into a more real depiction of these male characters et voila. No more male bashing.

I was so appreciative that this had happened because of our genuine desire and mission to make feminism inclusive. So I wrote the reviewer a thank you email. He apparently was totally shocked.

“No one in the history of my reviewing has ever written thanking me for a bad comment.”

We had a lovely exchange. I’ve thought about it many times. There’s of course a love-hate with reviewers and artists. (Tim Minchin: “The Song For Phil Doust”) Mostly hate probably! But it’s funny because we are in a way on the same side: Better art.

So this week we got what was actually a lovely review but with one line in it about a piece of ours that “fell flat.” It was a sketch about two birds who’s baby bird is leaving the nest (for college) and in the middle they are heart broken and decide to do drugs because they don’t need to be a responsible parents any more and they need “just a little something to take the edge off THIS FUCKING EMPTY HOLE IN MY LIFE!!!” 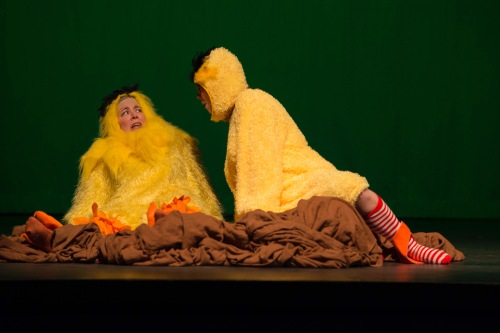 Picture two giant yellow bird suits with stripped socks and floppy feet. It’s real and it’s funny and the sketch is relatable. But over the past year the opioid epidemic has become too real. And not funny. But we had been doing this piece for 3 years and after a while you don’t even hear your own material clearly. So this comment in the review was incredibly helpful to us. We changed the lines to something more palatable about pot and the sketch still works.

Reviewers, smart ones, keep art alive. Now some smart ones just don’t like your stuff and they can piss off, but sometimes they do something that makes them a part of the beauty of the artistic process. And props to them for that.

But let’s not include YouTube comments in this. The dude who wrote “Jesus would never fuck you sluts” was not exactly helping the artisitc process. Although he did add to our marketing success because we put that quote immediately up on our website. Thanks buddy.

Maybe This Will Give You Some Hope

Posted on December 6, 2016 by Katie Goodman | Leave a comment

Hey guys. Here’s our brand new song! It’s possibly my favorite ever even though it’s not hard comedy. It’s bitter sweet. Soren and I wrote this just days after the election. It’s a true story and it makes me tear up every time I play it. Hope you enjoy it. #Aliens #SigourneyWeaver #Feminist#Election2016 #ImStillWithHer

“Move Some Shit Around” 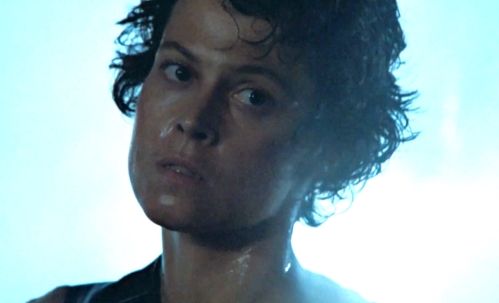 Move Some Sh*t Around